Kim Young-soo (Kim In-kwon) is a section chief in the women’s apparel section at Sunjin’s department store. He and his wife Shin Da-hye (Lee Min-jung) do not get along because his long work hours and constant overtime distract him from home. During one of these overtimes, he accidentally falls from a roof and is killed. His company writes his death off as a suicide in order to not receive blame for overworking him. Han Gi-tak (Kim Soo-ro) is a former gangster who runs a restaurant. He has loved actress Song Yi-yeon (Lee Ha-nui) for many years, but she has always distanced herself from him because of his lifestyle. Her ex-husband, Cha Jae-gook (Choi Won-young) has whipped up a scandal to force her to give him their child, and threatens Yi-yeon with it. Just as Gi-tak figures this out, he gets in a car accident and is killed at the same time as Young-soo. Young-soo and Gi-tak both arrive in the afterlife, but they both feel that they must return: Young-soo to reconcile with his wife and prove his death was not a suicide, and Gi-tak to protect Yi-yeon. They are given two months and return to life in new bodies: Young-soo as Lee Hae-joon (Rain), a handsome young man; and Gi-tak as Han Hong-nan (Oh Yeon-seo), a pretty young woman. They have three rules: 1. They can not reveal their true identities. 2. Revenge is forbidden. 3. They cannot engage in human affairs. If any of these rules are broken, the fact that either of them ever existed will be erased. 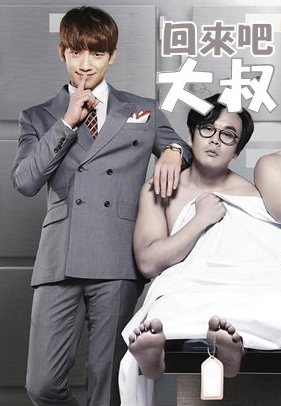